Interview with the creative genius behind the hit video game “The Last Guardian.”

By creating games that deliver emotional impact, stunning artistic design, and extend far beyond mere entertainment, Fumito Ueda has greatly influenced the history of video games. Tokyo-based LightWave reseller D-Storm interviewed Fumito Ueda - director and lead designer of the video games masterpiece Ico (2001), Shadow of the Colossus (2005), and The Last Guardian (2016) - to learn more about his creative inspirations and how he has used LightWave 3D extensively in his video game pipeline throughout his amazing career history. Get ready to be inspired!

Born in Tatsuno on September 16, 1970, Ueda graduated from the Osaka University of Arts in 1993. In 1995, after trying to make a living as an artist, Ueda decided to pursue a career in the video game industry. He joined the video game developer WARP Inc. and worked as an animator on video games such as Enemy Zero and D: The Game for the Sega Saturn. Since 2007, Ueda has been working as Director, Lead Designer and Producer of the masterpiece action-adventure video game "The Last Guardian" which was released worldwide in December 2016 on PlayStation 4 console. 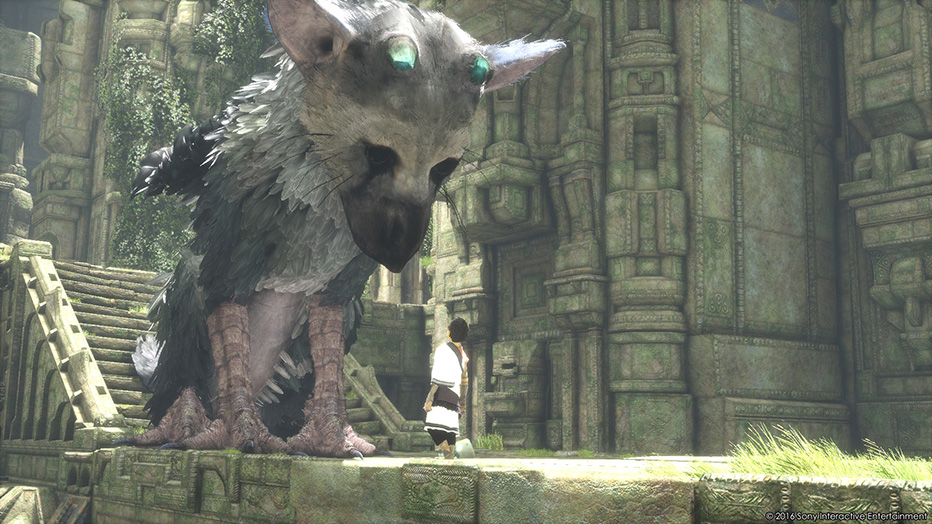 We know you are mainly working for game projects as designer and game director. Are you using LightWave 3D for these projects?

On "ICO" and "Shadow of the Colossus" games, I used LightWave 3D from modeling to animation. I really enjoy working with this software. It gives me all the tools I need to make everything possible. Also, since LightWave 3D is my favorite creative tool, I have been using it for the characters’ concept design of my latest video game, "The Last Guardian". Sadly, since the current game workflow was using another 3D application, LightWave was not used for animation. However, I was using LightWave to create the designs of the 2 game characters, the boy and Trico.

I am also using LightWave for designing some genDESGIN’s images and logos company. I prefer using LightWave rather than a 2D software: it is much simpler for me! LightWave is like an extension of myself, like my hand. Scaling and deforming meshes, I can draw anything I want!

Even when art-directing, I do not use Excel and neither Photoshop or Illustrator for my work. I use LightWave to create all things involving art-direction, it's much easier and faster for me. Besides, I can launch LightWave right away whenever I come up with any new idea and I am sure everything will be created with a great precision.

Note: LightWave 3D was designed to allow designers and artist to work with familiar real-world units for measurements and scale. This means that when you model a 3D virtual object in LightWave you can have it exactly match the measurements of a real world version of the object or conform to an exact schematic design with ease. LightWave helps modelers and designers avoid the pitfalls of an arbitrary unit system and the confusion, guesswork, and inconsistent relative asset scale problems which can often plague collaborative 3D projects created with other 3D software. This is another example of why LightWave is loved by so many artists worldwide and seen as a unique tool that they cannot live without. Certainly users such as 3D prop modelers, 3D virtual set designers, 3D Vehicle prototype designers, and anyone who’s work must match real world schematics and plans for clients, or that must create a 3D virtual model to exactly match actual objects appreciates this little gem of a feature in LightWave 3D. 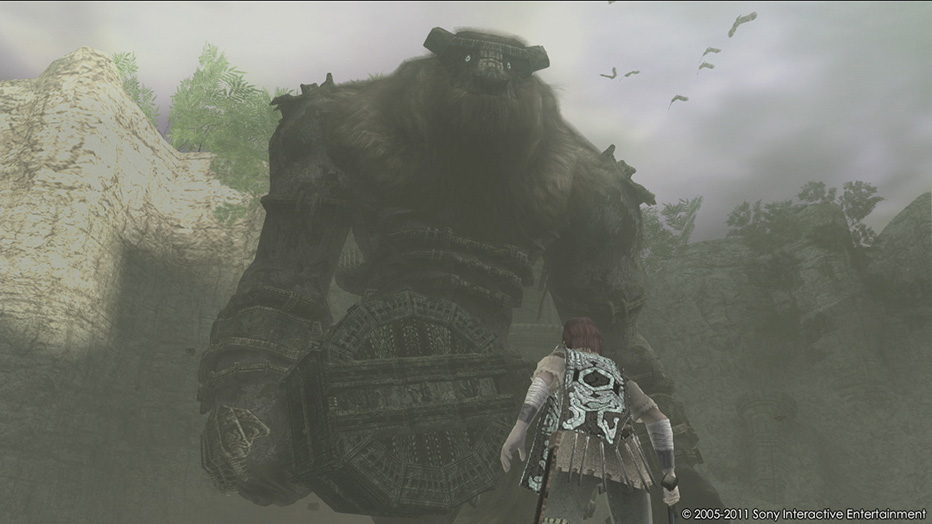 What do you enjoy the most in LightWave 3D? Which are your best plugins to use?

LightWave 3D is a great all-in-one software! You can do pretty much everything with it! I was using LightWave 11.x which had a high affinity with the Unity.  After upgrading to LightWave 2015, I can now use it perfectly without any problems. Another feature I love is VPR! VPR is very useful feature and it gives us the chance to get beautiful renders in no time. I even used VPR rendering images on the web directly! I’m also a big fan of Subpatch and the powerful 3rd Powers plugins. 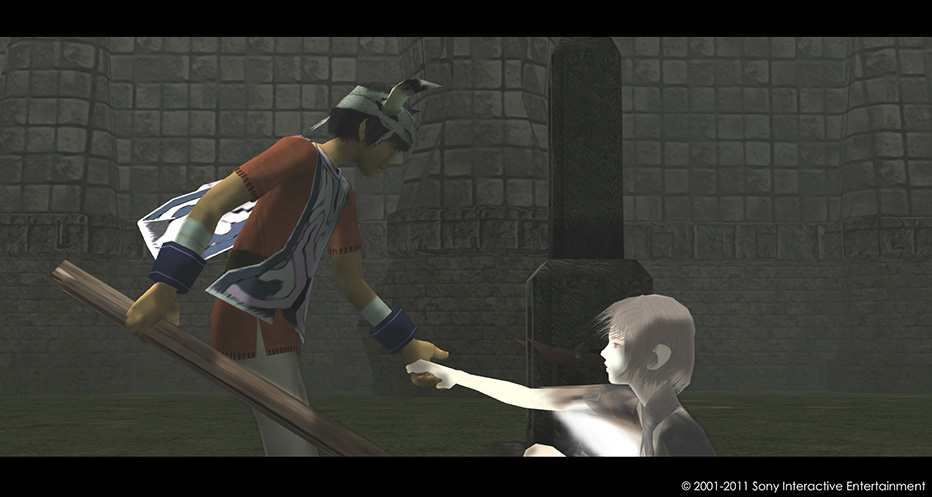 What is your opinion about LightWave and game creation?

Could you offer any advice to those interested in working in the game industry?

Just look for your own special “pencil” or creative tool and don’t be afraid to make mistakes! When I was young, I wasn’t so great with analog tools. I didn’t have a good ambidexterity, ability to concentrate and great intuition so I was not able to draw exactly what I was visualizing in my mind. With the use of great creative tools such as LightWave 3D, I could find my own path and create anything I always wanted. I was finally able to translate my ideas and visions to make them become real.

The Japanese edition of "The Last Guardian" comes with a booklet called "Fumito Ueda Materials". There's a feature in the book titled "30 Things That Made Fumito Ueda" and among these is LightWave 3D. 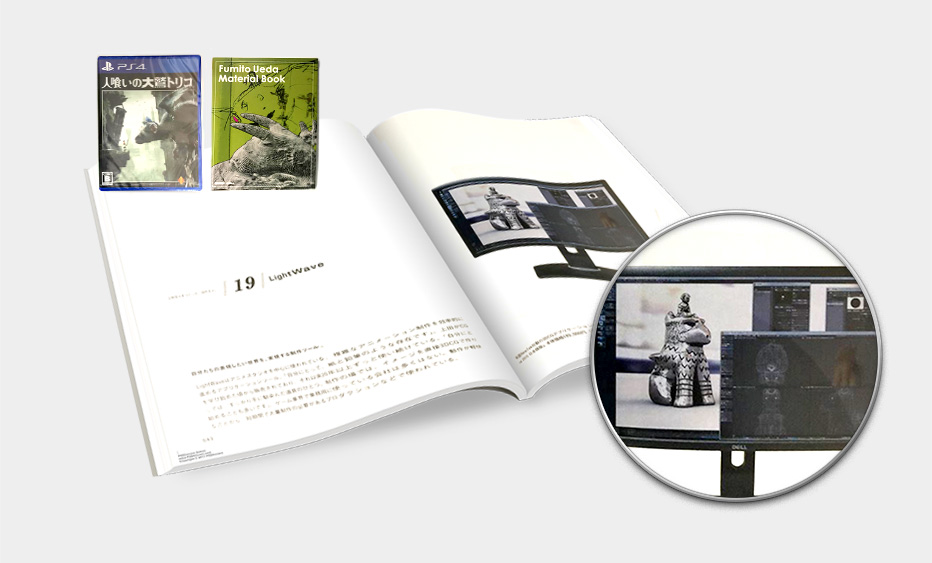 Based on an interview originally published in Japanese on D-Storm website.