The extremely talented digital artist Lorenzo Zitta is no stranger to creating amazing (and unusual) characters with LightWave 3D. Whether the still is computer-generated within LightWave 3D, an artful arrangement of digital photos, or a combination of the 2, the composition of the scene inspires a closer look. For Halloween, he has been using his talent to create this funny and visually impressive CG image. 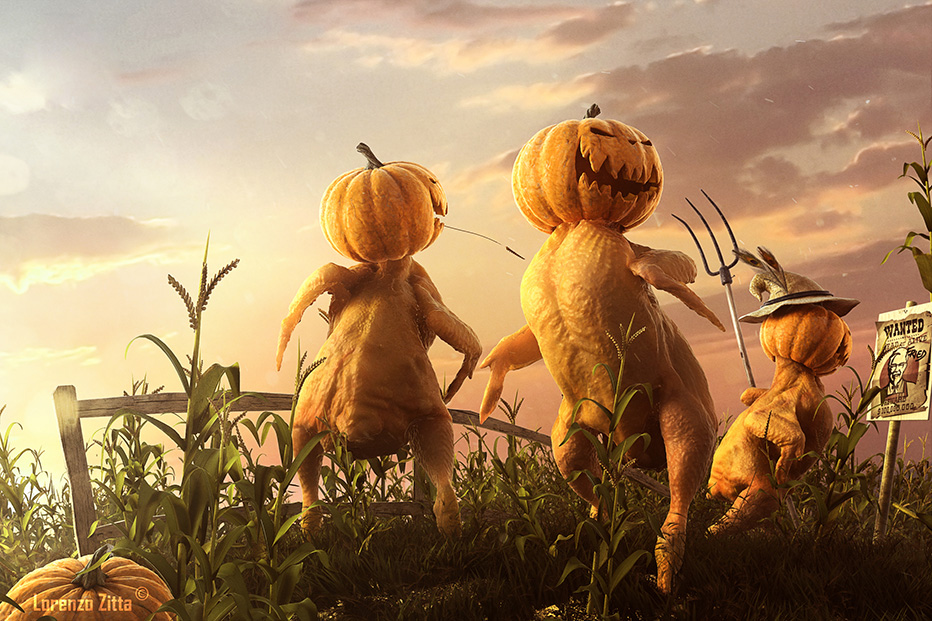 Like almost every image I produce, “Wanted” it's a random project that was born from some of my daily tests. This is a very ironic image for sure, since it relates a chicken to a very famous fast-food chain.

From my experience, it is very important to study the details and composition of an image in a very accurate way, since its success depends on this artistic focus. I think 70% of the success for an image is related to lighting, composition, or how successfully the image communicates a direct and clear message to the audience (so important for me). 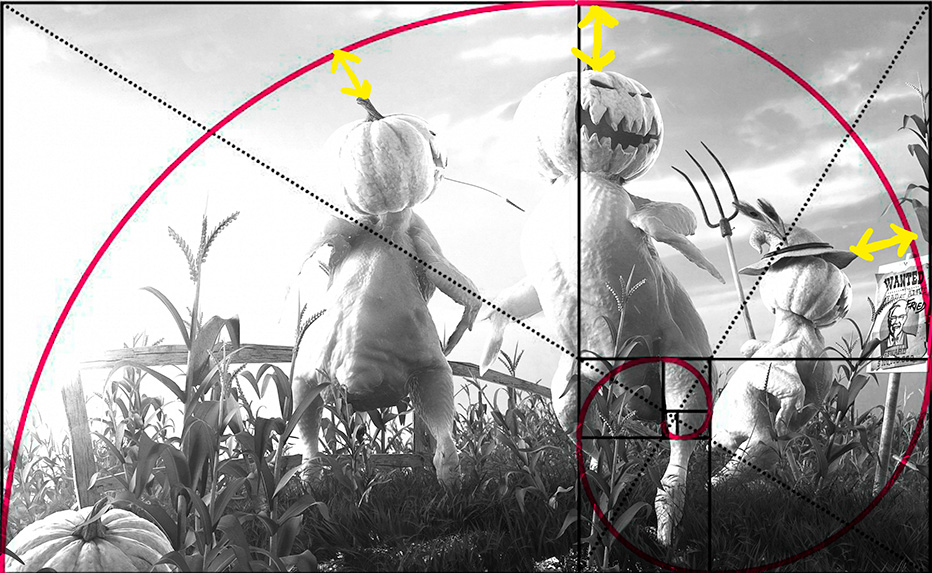 I always pay attention to rule of thirds and golden spiral and use those principles to precisely direct the viewer’s eye and catch it in some kind of a loop (see images).

Understanding and implementing those fundamental artistic concepts are even more important than the detail or the accuracy of the meshes. You can have some very simple models but still get some elegant and nice looking final effect that produces an emotional impact for the viewer. 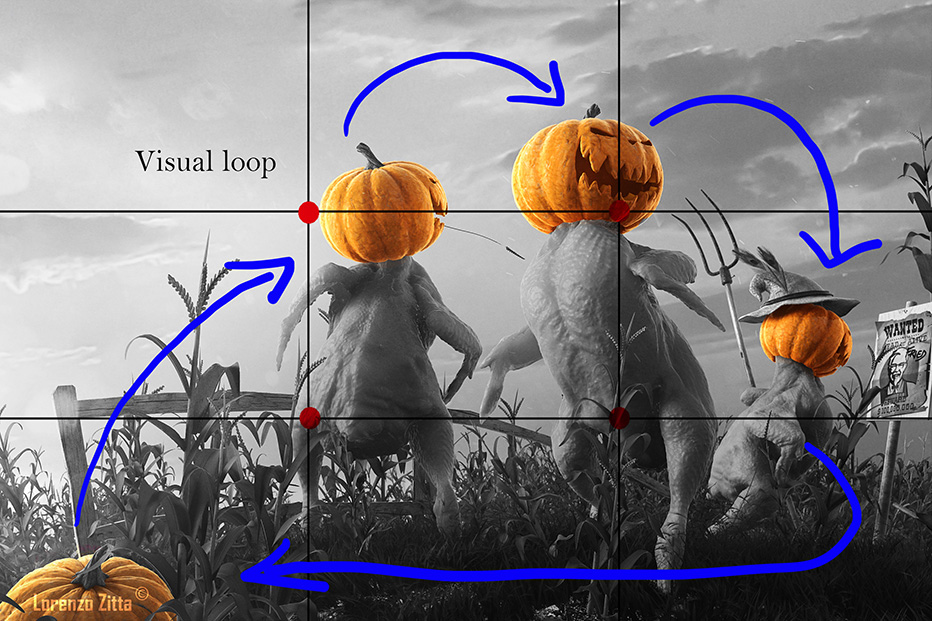 For this render, I have used several packages: a photogrammetry software, 3D-Coat, LightWave 3D and an image processing software.

Lately I have fallen in love with photogrammetry, and decided to integrate it in my production workflow. For a good capture of the model you need some good global illumination with no key lighting or direct shadowing. I've used a single Camera (Nikon 3100) with an 18-55mm lens. Focal length was set to 35/45mm, shooting at a distance of about 150/60cm, since the subject was not very large.

The f/ stop value should be set in a way so you do not get much DOF, and shooting should be fast enough so to get steady shots. Focus is of course very important as well, so to keep the same exposure for all the pictures. 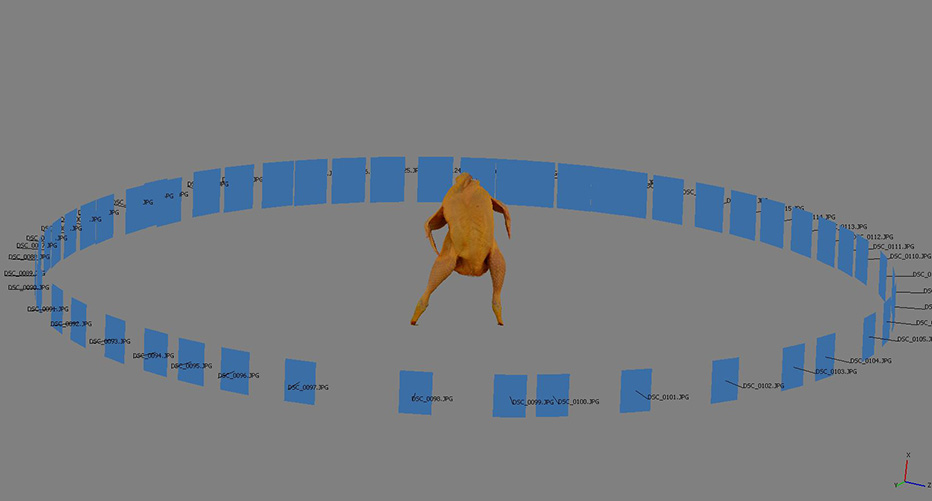 I have been shooting about 50 pictures, and I have used the base to rotate the poor chicken.

Those pictures were then imported into a specialized software where a very dense point cloud was generated. Mesh polygon size was about 3M of polygons, along with a 14k color texture.

Retopology was performed in 3D-Coat, where I also created the Uvs for the model. 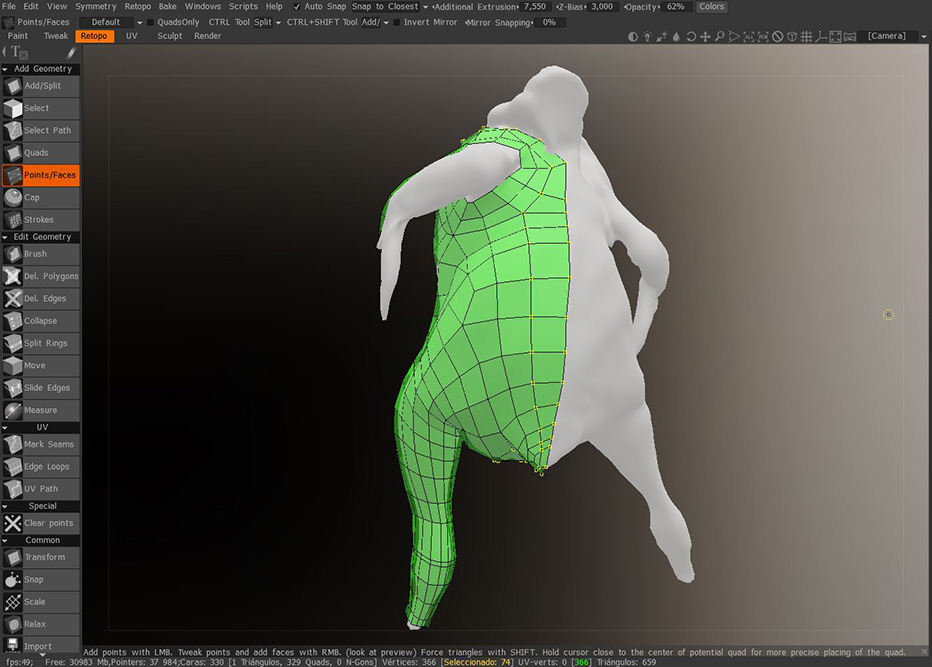 Then I projected the detail of the high poly mesh to the retopologized model to allow the creation of the final Color, Normal and Displacement maps. 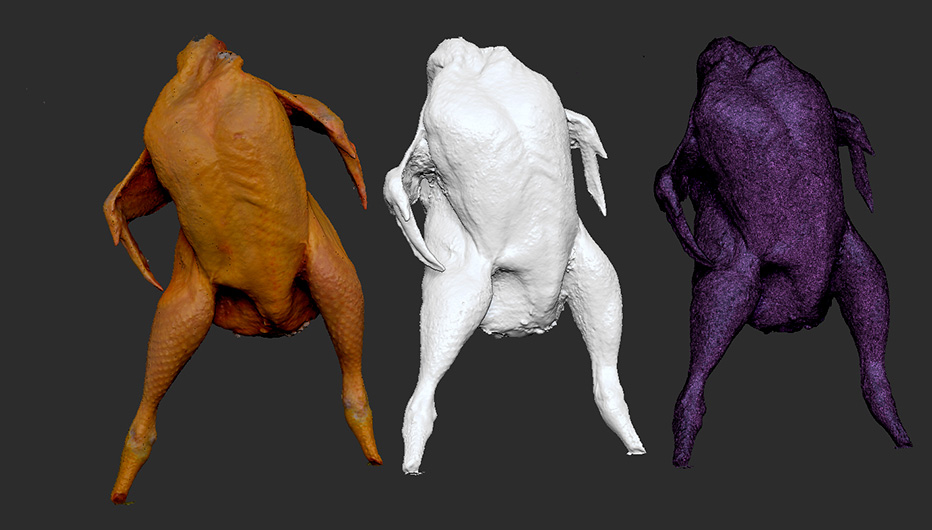 Then I exported the mesh to LightWave 3D for additional modeling and UV creation, rigging, texturing, shading and lighting. I have used some dedicated Area lights for each element in the scene, and a Distant Light to simulate Sun lighting, along with an HDRI image for global illumination. For any organic model, I made some heavy use of the Skin Material node. 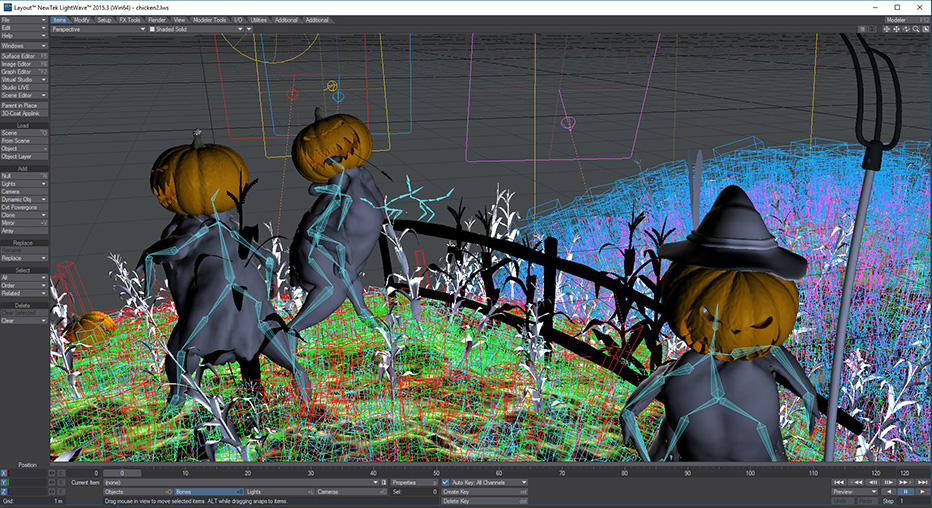 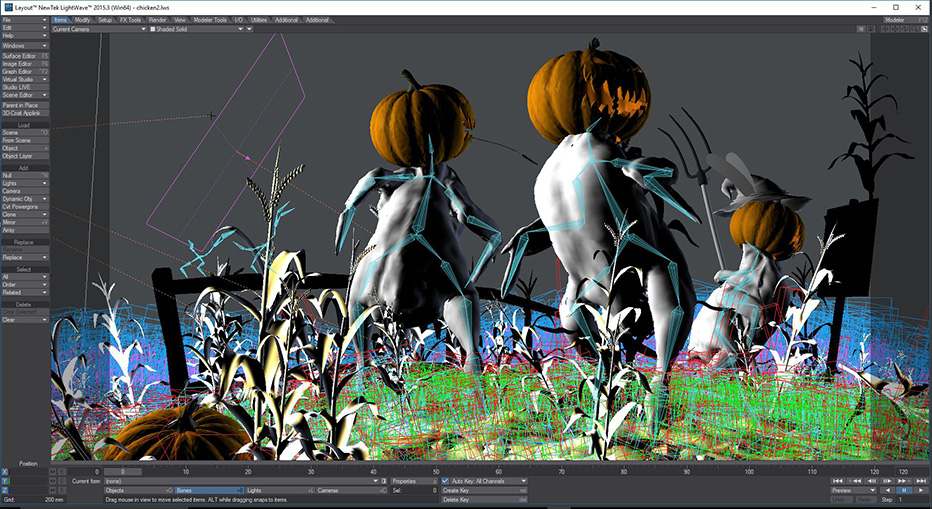 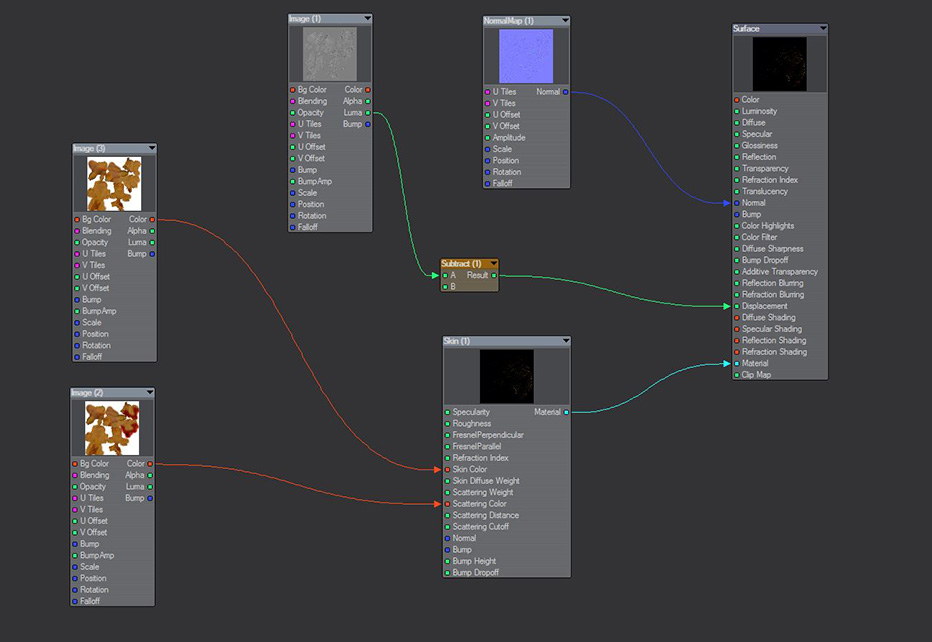 Then I have rendered the final image using the native renderer in LightWave 3D, using PSD Export and creating some separate render passes as render buffers (Reflection, Occlusion, Fresnel, Depth and ID).

Finally, I made good use of the exported passes to add some post-production details and Fog, glow and a subtle DOF have been added as post effects.