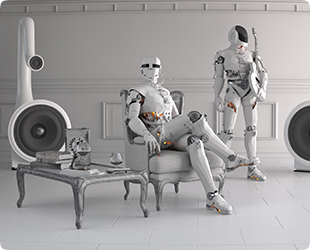 Coming straight out of a science fiction universe, each project from the Italian digital artist Massimo Zuanazzi demonstrates his great ability to create entertaining and inspiring projects using LightWave 3D. Massimo’s most recent work consists of modeling a highly-detailed 3D robot inspired directly by the universe of the French electronic music duo Daft Punk. With the help of his good friend and LightWave user René Falk Thomasius, they bring together an amazing tribute to the multi Grammy Award-winning electronic music duo. Take a closer look and see their fantastic work for yourself. 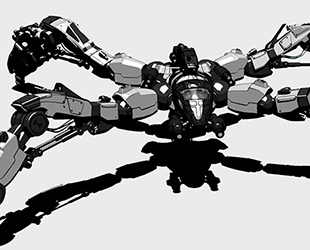 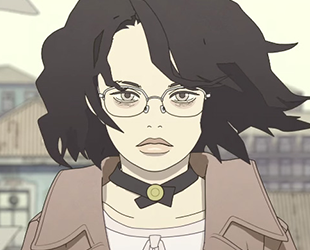 Force of Will Co., Ltd., the company in charge of planning, developing, and selling the world-famous trading card game Force of Will, have decided to work on an anime adaptation project. Aiming for a 2018 release, the first step in this project is Force of Will the Movie. Along with the announcement of this project, six Japanese companies are working on their own animations, each approximately 15 minutes long. The Oscar-nominated director Shuhei Morita and his team at YamatoWorks have been working on “L.S”, a project based on the Cthulhu Mythos. Using the creative power of LightWave 3D, the team was able to work on this important project and bring Shuhei Morita’s stunning animation to life. Check out this video and get ready to be impressed by the unique talent of Morita-san and his team of talented artists.  Stay tuned, we’ll give you more insight into Yamatoworks’ LightWave work in a future article. 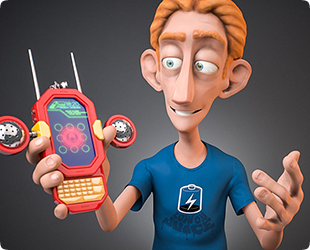 Through this cute animation of a fake mock technology review, UK-based artist Louis Du Mont show us once again his incredible talent. Using his sculpting and animation skills, Du Mont walks us through the process of creating this 3D animated video, explaining how rewarding it felt to bring this stylized character to life. 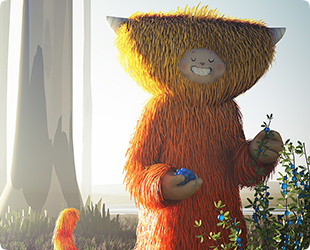 By collaborating with Elementary students and finding inspiration from their imaginings, a passionate collection of artists brings together a unique concept: “The Monster Project”.
The concept for the project is to invite children to freely express their creativity by drawing their favorite monster, then artists from all over the world bring the children’s designs to life in their own artistic styles! LightWave artist Riccardo Zema participated in this amazing project creating this lovely 3D character from one of the children’s drawings. 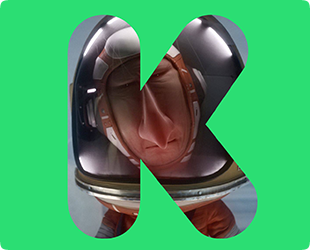 A new Kickstarter campaign has been launched for a project called “Black Holes” which many worldwide LightWave artists may find very appealing. Noodles Studio has designed the campaign to help support production efforts for Season 1 of the stunning 3D animated “Black Holes” short! Check it out, fund it if you’re interested, and let’s see more awesome work from Noodles Studio's team of talented LightWave 3D artists! 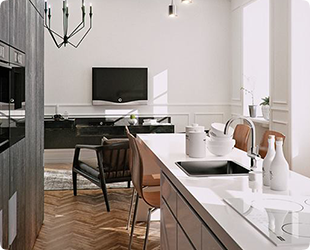 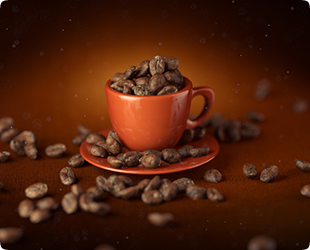 Testing several possible solutions for speeding up the rendering process of depth of field has given LightWave artist Louis du Mont a deeper understanding of rendering depth of field in LightWave 3D.   Louis has been sharing several useful techniques gained from his process on his website to help fellow LightWave artists. He uses primarily Lightwave 3D and After Effects as his main tools but of course, the theories apply to multiple applications. Check out the full breakdown on his website. 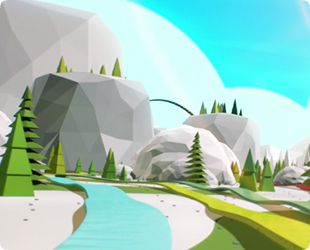 Once again, the inspiring LightWave 3D Artist Mark Warner is offering another great overview of his creativity. From modeling to animation, LightWave 3D provides all the tools he needs to create these nice Motion Graphics for an (unreleased) music video. If you are interested in learning how to create this cute kind of animation, you can look for all the tutorial videos needed to recreate these effects in LightWave 3D on his YouTube channel. 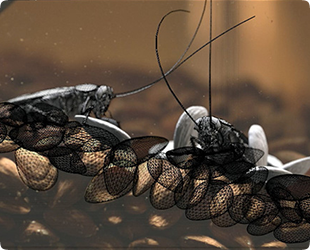 VFX for “All The Best” movie

LightWave artist Sasa Budimir created some simply amazing VFX shots for the Croatian comedy movie “All The Best”! Expressing his imagination through the power of LightWave 3D, Budimir reveals to the LightWave Community his amazing process of creating several CG cockroach visual effects. Read the full breakdown on his Behance profile.